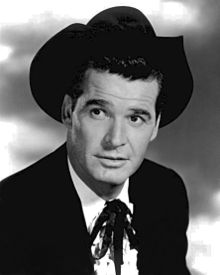 If you don’t know what Maverick is, or only know the movie with Mel Gibson, it was originally a show starring James Garner. If you don’t know who James Garner is, please knock yourself in the head and get on Google. Now, Maverick wasn’t exactly a traditional western at the time, mostly because of James Garner’s portrayal of the professional gambler, which is what made it worth watching. Bret Maverick was kind of a hustler, a drifter, and his code of honor was mainly shaped by his “pappy-isms,” little platitudes he picked up from his father. One of the better ones is “As my old pappy used to say, ‘You can fool all of the people some of the time, and some of the people all of the time, and those are very good odds.’”  His role as the honorable rogue made him distinct and kept the audience from getting too bored by a white knight, until other shows started to steal the idea.

This episode is the perfect episode of Maverick, and served as the basis for the movie “The Sting.” After getting swindled by a crooked banker, Bret recruits his brother and his other friends (I think every recurring character is in the episode) to perform an elaborate sting operation to get his money back. To be a little harsh on Bret, it might be the easiest swindle in history: Bret won $15,000 at a series of poker games (how he does that in the 1880s is anyone’s guess), then asks to deposit it with the bank after-hours. The banker, Mr. Bates (John Dehner), counts it, gives Bret a receipt for the deposit. The next day, Bret returns for his money, and the banker flat-out denies knowing him. The banker’s partner even attests that the deposit receipt is clearly forged. Bret takes a seat outside of the hotel across from the Bank, and tells everyone that he’ll be leaving the town in two weeks with his $15,000. 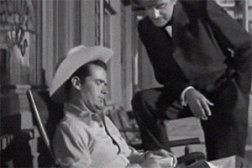 The other characters he recruits constantly think that they’re at least somewhat acting on their own, but at the end of the episode you can’t be sure whether they did most of it on their own and Bret is just taking too much credit, or whether he actually knew what was going to happen from the start. Plus, they have some of the best names in television: Dandy Jim Buckley, Gentleman Jack Darby, Big Mike McComb, Cindy Lou Brown, Samantha Crawford, and Bret’s brother Bart (Efrem Zimbalist, Jr., Richard Long, Leo Gordon, Arlene Howell, Diane Brewster, and Jack Kelly).

The townsfolk come up repeatedly and ask Bret, mockingly, if he has his money yet, and he just says “I’m working on it” as pleasantly as possible. As the episode goes on, Bret’s unwavering smile starts to wear on the banker, which makes the hilarious end of the episode all the more impressive. The Banker, having just realized he’d been conned into handing the money back, just walks outside and says “He did it.” It even has the accompanying “whomp whomp whomp” horns. In the end, Maverick even manages to set the banker up for embezzlement charges with the very money he steals back.

The best part of the episode is that, until the end, all Bret Maverick has to do to seem intimidating, is smile, rock on a chair across from the Banker’s office, and whittle while saying “I’m working on it.” Because few things are as frightening as a man you’ve crossed telling you that he’s coming for you while confidently smiling.

One of the best scenes in the episode here: