No one watched St. Elsewhere. That’s not much of an exaggeration, the show never got above Number 49 in the ratings. By modern standards, that may not seem that bad, but the show was on in the early-mid 80s. There weren’t that many channels. Fox didn’t exist yet. The 1984 Cable Act hadn’t even really been enacted. Despite this, the people who did watch it were very dedicated, and the show repaid them in kind. It had crossovers, guest appearances, running gags, inside jokes, crossover jokes, and, perhaps most famously, in the end the entire show was just a hallucination in the mind of an autistic boy named Tommy Westphall.

Which, implicitly, puts SO MUCH of TV in Tommy’s mind.

The cast of characters has now sort of come to embody the cast of most hospital shows. You had Dr. Westphall (Ed Flanders), who was everyone’s father figure; Dr. Craig (William Daniels), the haughty and cantankerous superstar doctor of the hospital who secretly is more damaged than anyone else; Dr. Auschlander (Norman Lloyd), the old-timer who was the mentor of Westphall; Dr. Ehrlich (Ed Begley, Jr.), the quirky, off-putting, but still promising young surgeon; Dr. Axelrod (Stephen Furst), the awkward heavy-set guy; P.A. Luther Hawkins (Eric Laneuville), the guy who bonds with the patients; Dr. Fiscus (Howie Mandel), the immature, hospital clown who is somehow still brilliant; Dr. Morrison (David Morse), the doctor who is so big-hearted it’s sometimes a problem; Nurse Rosenthal (Christina Pickles), who keeps the hospital running smoothly despite all the cast conflicts; and Dr. Chandler (Denzel Washington), the extremely mature, but often outcast, doctor who is “too white for my black friends, and too black for my white friends.” 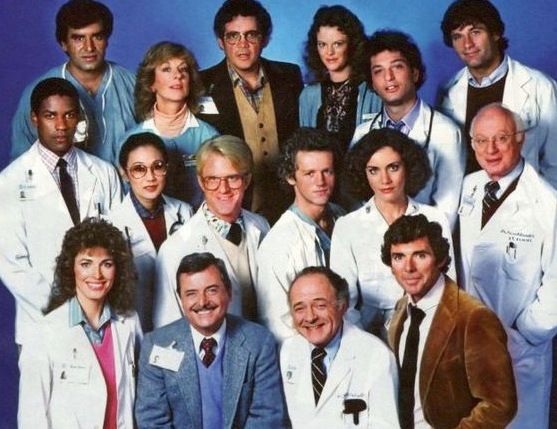 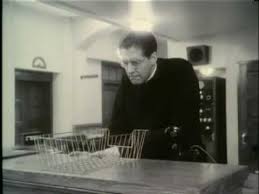 “Time Heals” is on this list for a few reasons, not least of which because it is visually amazing. Honestly, other tv shows have copied the style of the episode so many times, it’s hard not to think of it just as a “flashback episode.” Time Heals shows the 50-year history of St. Eligius Hospital (St. Elsewhere). Each segment was filmed using a different style to reflect the time period (black and white for the 30s, muted colors for the 50s, Technicolor, etc.). The show also fills in the backstories of many of the established characters, and uses this as an excuse to turn some expectations on their heads. For example, Dr. Westphall, who was among the most caring men ever written for television, apparently wasn’t quite the same until his wife died when he was younger leaving him to care for his sons alone. Before this, he was actually a juvenile delinquent, likely to end up in jail or worse. 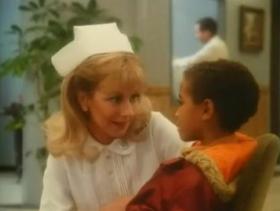 The key to this episode is the time shifts. Because the time frames are cued by the way the episode is filmed, they can transition from one to the other smoothly without needing to really acclimate the audience to the new time. This allows the show to demonstrate similarities in scenes from very different times and for very different purposes. The first such change is from a priest dancing around the Catholic St. Eligius in the 1930s directly to Luther dancing behind the nurses’ station in the contemporary plot. This ultimately leads to a feeling that the show itself often embraced: That even though everything changes, some things really stay the same. This episode shows both the good and bad sides of that, and does so in a very fulfilling way.