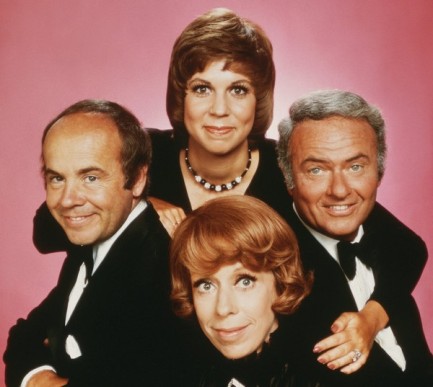 While Bob Newhart would often question whether the world around him was real, Carol Burnett never doubted it. The world is definitely real, it’s just filled with idiots. The Carol Burnett Show was a sketch comedy show like many others at the time, but the talent on it was unique and mostly unmatched. Some of the cast included Tim Conway, Vicki Lawrence, Harvey Korman, and, at different points in the run, Dick van Dyke and Lyle Waggoner. Each of these people was a comedic force to be reckoned with on their own, but together, they basically became the Comedy Beatles. They made parodies out of everything, from politics and films to butchers and mailmen, and almost all of them were dead on. The best, however, is the episode that contains the parody of Gone with the Wind. 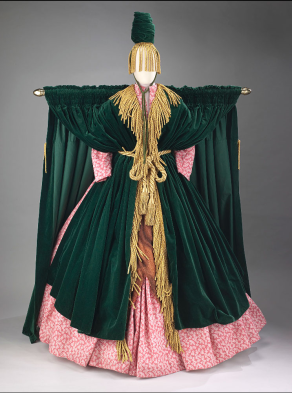 This episode belongs in a museum, and, in fact, is already in one. If you go to the Smithsonian Institution Museum of American History, you can see the dress that Carol Burnett had commissioned for this episode. It was designed by Bob Mackie, the same guy who designed Cher’s Mohawk dress, but we’ll forgive him for that. While the show contains a pretty full parody of the movie, the most famous part of the sketch uses the scene in which Scarlett (here Starlett, because the name was unimportant) is first trying to impress Rhett (here Rat) after the war in order to secure a chance at his money. In the film, she has an elaborate dress made from Curtains, because that’s the only good material left. In the sketch, the scene is much the same… except that she can’t get the rod out of the curtains, so it sits across her shoulders. No woman besides Carol Burnett could manage to present herself in that outfit while still trying to play it off as completely dignified. Let alone say “I saw it in the window and I just couldn’t resist it” with a straight face.

The secret to the show is that they would do two tapings, which is common for a sitcom, but they would ad-lib bits in the second taping. Often, they would leave errors in just so they could use the take from these ad-lib runs. Sometimes, the errors even improved the jokes, because everyone in the cast could correct them into something hilarious. Everyone had full confidence that if they made a goof, the other actors could pull them out of it, which let them ad-lib more confidently and take more risks. There are a few slip-ups in the Went with the Wind sketch, and they really just serve to highlight how amazing it was to find a cast this talented. If you can find a full copy of the episode, it’s worth your time.