The fugitive has maybe 7 episodes that are relevant to the overall story arc, and that was fine. The plotline really just served to give the writers a character who could move everywhere in secret and adopt whatever alias was necessary. 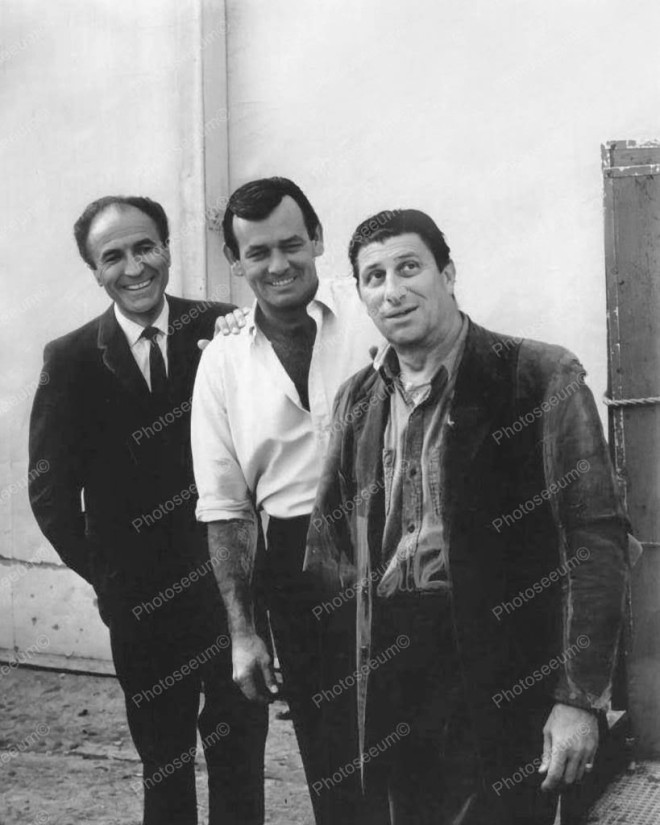 If you don’t know the plot, it’s this: Richard Kimble (David Janssen) was a doctor whose wife was killed. He said a one-armed man (Bill Raisch) did it. The court didn’t believe him and the jury said guilty. He escaped on his way to prison, and is pursued throughout the series by Lt. Phillip Gerard (Barry Morse) while he tries to prove his innocence and do random heroic acts. Occasionally, Richard will find a hint of the one-armed man, who is just a wandering criminal, but usually the doctor is just trying to stay ahead of the cops. This format meant that even people who didn’t watch the show beyond the first episode, or more than sparingly during the show’s run, could still enjoy the finale completely. This is a big factor in why this episode was the most-watched event on television for many years.

Lt. Gerard sets a trap for Kimble by letting it out that a one-armed man has been brought in on charges in Los Angeles. Kimble, naturally, comes to find the man, but finds out that the one-armed man made his bail. Gerard finally catches Kimble, but, doubting Kimble’s guilt after all these years of seeing Kimble work to clear his name, agrees to give him 24 hours before taking him to his execution (Illinois apparently doesn’t allow appeals in this universe, since Kimble was only on his way to prison after his trial when he escaped).

After a lengthy chase to discover who bailed the one-armed man out, the audience is finally shown the night of the murder of Kimble’s wife. It turns out that, on the night in question, after a fight with Richard, Kimble’s wife had invited another man over to the house to have a drink and relax. The two of them heard the one-armed man break in, but the man froze, allowing the one-armed man to kill Mrs. Kimble. Ashamed of his actions, the other man never admitted to seeing anything, fervently denying being in the house, even though it sentenced Kimble to death. Kimble catches up to the one-armed man, fights him, and gets him to confess at the top of a structure, but Gerard ends up killing the man in order to save Kimble, thus removing Kimble’s last chance to clear his name… until the man who witnessed the murder finally agrees to testify. Admittedly, it’s a bit of a cop-out, and is basically done so that Kimble can actually get his revenge without finally becoming the murderer everyone said he was. But, it’s still very satisfying.

The last scene is an exonerated Richard Kimble walking down the street, and a police car stopping next to him. Kimble freezes, scared, until the cops reveal themselves to be ticketing a car on the street. Kimble forces a smile and moves on, trying to get used to being a free man again. The narrator summarizes it best: Tuesday, August 29th, the Day the Running Stopped. (Or Sept. 5th, if you watch the Canadian version).

It’s worth noting that, ultimately, Richard Kimble’s wife in this version was killed for no reason. It was just a robbery gone wrong, and nothing more needed to be added to it. When they adapted the show to a movie starring Harrison Ford, they changed it so that Kimble’s wife was killed as part of an elaborate pharmaceutical industry plot. I prefer the TV version, because it made the situation with Kimble a little more intimate for the viewer. In this version, he did nothing to bring this ordeal upon himself, except perhaps fight with his wife.

This is a truly textbook finale, and a good one: It both quickly re-builds the central conflict of the show, gives us the catharsis, and then ends on a very nice denouement. In other words: It wrapped it up right.

Here are both episodes if you want them, but I really just recommend watching the first 2 minutes: