As I said yesterday, this is the first episode (aside from the bonuses) that I wrote after chemo. Yay.

Sometimes what makes an episode amazing is when the people making the show know the rules for scriptwriting, and intentionally avoid them. Supernatural does this pretty often, but never have they taken as sharp a divergent turn as in this episode.

The premise of Supernatural has changed slightly over the years. In the beginning, the show was about two brothers on the road finding supernatural monsters and phenomenon while trying to find their father. Since then, the show has had to escalate multiple times, and what was once a show where the presence of a single demon was a season-long arc has become a show where the main characters regularly kill demons, angels, and various gods. They’ve managed to prevent the apocalypse, kill the mother of all monsters, kill the monsters God created before humanity and trapped in purgatory, make a mockery out of Satan, dethrone Hell multiple times, kill the Grim Reaper, and somehow prevent God’s own sister from ending creation. 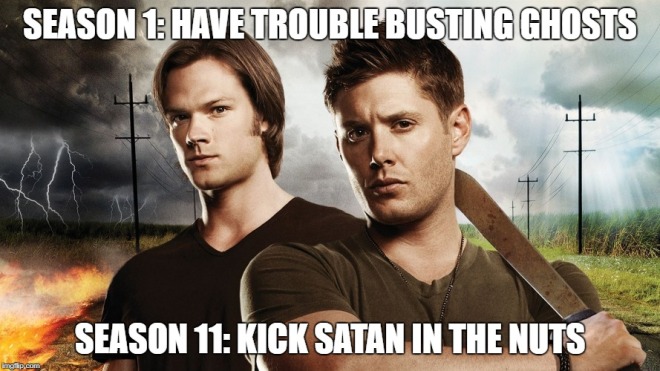 At the end of the first season of Supernatural, the main characters, Sam and Dean Winchester (Jared Padalecki and Jensen Ackles), managed to complete their quest to find their father, signifying a hopeful new chapter in their journey typical for a TV show. A slight aversion of the traditional narrative is that, shortly after this, they are hit by a semi and rendered nearly dead in the last moments of the season. At the end of the second season, in order to resurrect his brother, Dean makes a deal with a demon that gives him one year to live before he has to surrender his soul, setting the stage for season three.

Throughout the season, the audience is shown how the situation affects the relationship between the two. Dean, who is the older brother, has entered a state of nihilistic hedonism, not particularly caring to work to avert his fate. Sam, on the other hand, feels that he is obligated to save his brother’s life. This pretty much inverts the characters. Dean has dedicated his life to looking after his brother. Sam has been trying to live his own life, but circumstances keep pulling him back in due to his own sense of honor or indebtedness. Granted, after 12 seasons, this has evolved, but that was the start. Of course, Dean’s acceptance partially comes from the fact that, by literally giving his soul to bring his brother back, he’s finally truly “looked after Sammy,” the words his father first spoke to him in the series. Sam, meanwhile, cannot move on with his life if he knows the cost of his freedom, even if Dean says he’s okay with it. Eventually, Dean is convinced to save himself after being shown how much he’ll be missed by his brother.

With 30 hours left, the brothers have been told the only way out of the deal: To kill the demon holding the chit, Lilith (Rachel Pattee). And so, the episode starts.

The reason why this episode works is that, for the most part, every episode of Supernatural ends with the brothers managing to pull something out of their collective ass at the last minute to overcome whatever they’re fighting. It’s pretty formulaic, and this episode is no different. The brothers manage to find the one weapon that can kill the demon, they manage to track her down in the body of a young girl (now played by Sierra McCormick), set a trap, and after a number of bad turns, manage to actually get themselves in the room with their target. This, as often happens in the show, is a trick, and the little girl is no longer possessed.

The clock strikes, and the literal hellhound that will kill Dean to satisfy the contract is summoned. In a great performance by Jensen Ackles, Dean actually is shown to accept his fate… and then decides to run for his life anyway. He manages to get back to Sam and Lilith, who has switched bodies again (Katie Cassidy), with just a few moments to kill her and save himself, and then… he doesn’t. Lilith overpowers both of them easily and lets the dog eat Dean.

That’s it. He dies. The last shot of the season is him, suspended by meathooks in a Hellraiser-esque torture sequence calling out for his brother in anguish and despair. 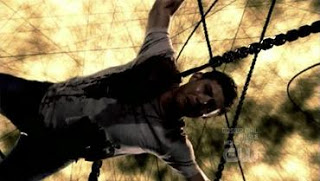 It’s a moment born from watching two characters that have consistently managed to escape from such problems in a formulaic manner. It’s the moment when the Scooby Doo villain actually manages to get away with it, despite those meddling kids. It’s the moment when Doctor Who doesn’t come up with a clever plan (I know he’s “The Doctor,” but it made it obvious who I meant, so shut up). It’s when NCIS actually doesn’t solve the case. Yes, in recent years, all of these things have actually happened on their various shows, and they were earned by years of commitment to using a firm formula to entertain, which makes it so much more meaningful when they avert it. And so much more tragic when done in this manner.

6 thoughts on “40) No Rest for the Wicked (Supernatural)”