UPDATE: Futurama is now getting a review of the complete series. Including, now, this very episode!

Futurama almost had three episodes on this list. Around ten were nominated in general, but three almost got on. This one, “Lethal Inspection” which brilliantly address mortality through a presumed immortal being, and “Prisoner of Benda,” because it actually generated a mathematical theorem within group theory that is now known as the “Futurama theorem.” Ultimately, though, this one was the only one that made the cut. 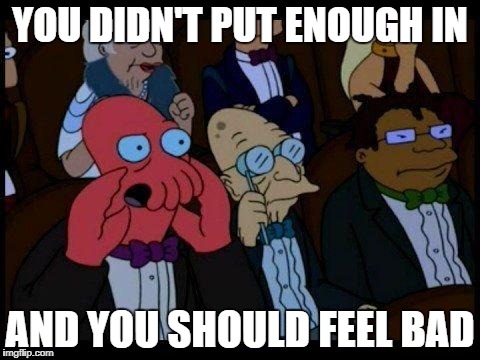 Futurama is, for me, one of the ultimate hit-and-sort-of-miss shows. A few episodes are boring or ill-conceived or based on a one-joke premise that just can’t sustain 22 minutes. Most episodes are pretty good. But, once in a while, the show would earn another season or two by producing something amazing. This episode is one of the latter.

The show’s premise is that a delivery boy, and complete idiot, named Fry (Billy West) gets frozen in the year 2000, wakes up in the year 3000, and becomes part of an interstellar delivery company for his great-great-etc. nephew, Professor Farnsworth (West). He usually goes on adventures with his cyclops captain/love interest Leela (Katey Sagal), and his best friend, Bender the robot (John DiMaggio). Also, since I’m mentioning characters, why not Zoidberg? (West) He’s a giant, broke, incompetent, crustacean doctor. He’s not really in this episode, but if you liked the show, that was an inside joke.

So, as the episode opens, the crew are attacked by Space Pirates, which are like regular pirates, but in space. During the fight, Bender gets launched out of a torpedo tube while the ship is going at full speed, meaning it’s impossible to ever catch him. Bender then drifts through space before being hit by an asteroid, later revealed to contain miniature life, called “Shrimpkins.” The Shrimpkins begin to worship Bender as a god. Bender appoints a prophet, and even issues commandments. Specifically, the one commandment – God Needs Booze.

In return, Bender tries to answer the prayers of all of the Shrimpkins, but, at each turn, he accidentally hurts or even kills the worshippers. Eventually, he is told that a group of Shrimpkins that moved to his backside have felt that Bender has ignored them, which he has, because they’re on his ass, resulting in them becoming atheists. With a holy war looming, Bender’s prophet, Malachi, begs Bender to smite the unbelievers to save the faithful. Bender declines, saying that every time he acts, he messes up. Bender’s non-interference seems to be going well, right up until the faithful Shrimpkins decide to start a nuclear war with the atheists, resulting in the entire species being wiped out in a matter of seconds.

Bender, alone again, wanders through the cosmos until he sees a galaxy signaling in binary code. Bender tries to signal back, but doesn’t know binary. Fortunately, when Bender asks if the galaxy speaks English, it responds with “I do now.” The galaxy’s nature is never fully revealed, but it is speculated by Bender to either be God, or a computer which collided with God. Bender and the Entity then proceed to have a deep conversation on the nature of being God, which the Entity summarizes with “If you do too much, people depend on you, and if you do nothing, they lose hope,” concluding with “When you do things right, people won’t be sure you’ve done anything at all.” Bender then asks if he can be sent back to Earth, to which the Entity replies that it would need to know which place Earth is.

Meanwhile, Fry is desperate to find Bender, and has gone to the monastery of Dschubba, or Teshuvah, depending on the audience. The former is the name of a star, the latter is the Hebrew word for “Answer” or “repentance,” and both make sense. The monastery is actually a giant radio telescope, allowing the monks to try and discover the physical location of God in the universe, and broadcast a simple prayer to him. The monks refuse to let Fry search for Bender, but Leela locks them in a laundry room.

After 3 days of searching, Fry gives up, angrily swiping at the controls, which end up locking onto Bender and the Entity. Fry then unwittingly broadcasts a prayer to get Bender back, allowing the Entity to know where Earth is, and send Bender back through space until he lands on Earth directly in front of Fry and Leela, in what Leela calls “the least likely thing to ever happen.” Fry then remembers they never left the monks out, but decides against returning to released them, believing that their prayers to God will lead to them getting released. Bender responds that “You can’t count on God for jack. He practically told me so himself,” and the trio go to release the monks. The camera then pans out to the Entity, who repeats “When you do things right, people won’t be sure you’ve done anything at all.”

That, if you’re doing things right, you aren’t going to give people the answers, you’re only going to remind them that the answers exist, and then let them find things on their own. 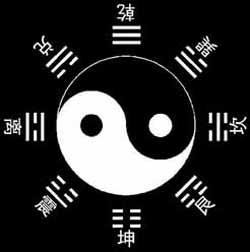 Ironically, despite the fact that the episode often interacts with the Entity as if he is the Judeo-Christian God, this is closer to the teachings of Taoism, which states that when a master governs well, the people will believe they did everything themselves. Does the Entity send Bender back because Bender wants to go? Or because Fry prayed for it? Or because the monks are praying to get out? Is it all of them? We don’t know, and that’s the point of this literal Deus Ex Machina… involving both God and a machine. 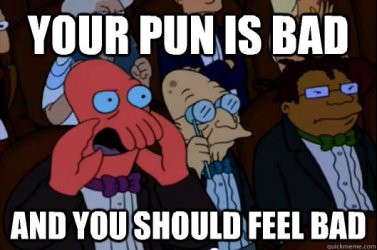 Faith is believing that things are being done for a reason, even if it’s one that we’re never able to fathom. It’s believing that there is something watching over the universe. This episode tries to not only justify faith, but also to justify why faith is supposed to be difficult. If you knew God existed for sure, you can’t have faith. If the universe seems completely without meaning, then you can’t have hope (although, other episodes on this list have posited philosophical answers to that). For a 22-minute cartoon about a robot, this episode manages to touch upon and convey an incredibly complex set of concepts, and, true to the nature of such things, leaves it to the viewer to find their own answers.

NEXT – 23a: BoJack Horseman