I’m psyched to see what @JordanPeele does with the new Twilight Zone. Hopefully he gives us an update of this classic.

Okay, so, this is the last Twilight Zone, and most people will probably never agree with me on this one as being the best episode of the show, but I think it’s mostly that this episode hardly ever gets replayed because it’s an extremely uncomfortable episode.

Unlike “The Fever” which is uncomfortably bad

You might remember that I pointed out in an earlier Twilight Zone review that Rod Serling had a strong set of opinions about fascism. Specifically, he hated it more than you’ve ever hated anything in your life. 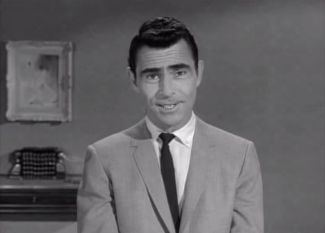 Imagine if you will, my foot in Hitler’s ass

He believed that totalitarianism of any kind inevitably led towards the suppression of the inherent rights of a human being, and the 1950s had not done anything to convince him that this belief was wrong. Instead, it had convinced him that any government, at any time, was at the risk…