If you aren’t listening to the Podcast “How Did This Get Made” with Paul Scheer, June Diane Raphael and Jason Mantzoukas, you are missing out. Not just because these are three of the best comic minds I’ve ever heard take a movie apart (they don’t really “Riff” MST3K style, so I’m not disparaging my childhood hero Crow T. Robot), but because they expose me to levels of terrible movie that I previously might never have known existed. And for that I am eternally grateful. However, when I watched this particular film, I couldn’t resist writing my own take. I’m publishing this today just so that I won’t be tempted to borrow observations from them when the episode is released tomorrow. 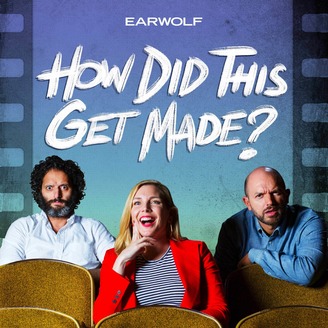 A question for the ages.

Also, the movie’s available on Amazon Prime if you didn’t get that from the title.