Welcome to the third episode of the series. This was the first episode of the show to air on Tuesday, with the first two having aired on Sunday after The Simpsons. It hurt the ratings but, since the show didn’t get cancelled for many years, clearly not too much.

Fry (Billy West) has been living in the Planet Express building and his lifestyle is clearly hurting the business. He leaves food out (mostly Bachelor Chow, now with flavor!), uses a high-volume Chemical Burn Shower to bathe (having been in one for chemical burns, it’s not good on the hair), burns the ship’s exhaust to get his hair dry, eats a 29 million-year-old alien mummy (which the Professor (West) wanted to eat), and just generally gets in everyone’s way. 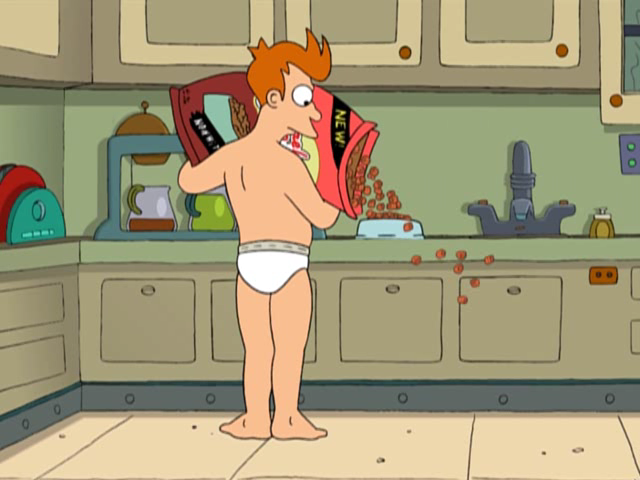 Thank you for not drawing a more elaborate ass.