SUMMARY (Spoilers if you don’t know who Ted Bundy is)

Ted Bundy (Zac Efron) meets Elizabeth “Liz” Kendall (Lily Collins), a single mom, in 1969. The two quickly start dating. In 1974, a number of abductions of women lead a survivor to identify a man with a resemblance to Ted who drives a similar car. Ted is arrested in 1975 and, after attempting to defend himself along with his attorney John O’Connell (Jeffrey Donovan), is convicted and sentenced to Prison. A few weeks later, Ted is charged with a murder in Colorado. During the trial in Aspen, Ted escapes by jumping out of the courthouse window, but is soon recaptured. Liz breaks up with him. He then escapes again and travels to Florida where he allegedly (Spoiler alert: HE F*CKING DID IT) murders two women.

Ted is arrested. He tries to contact Liz, but she refuses to talk to him. He ends up discovering that many other women are now fans of his, believing he is fascinating and innocent. One, an old friend of Ted’s named Carole Ann (Kaya Scodelario), moves to Florida to be with him during his trial. They get closer during the trial and eventually Ted impregnates her during a conjugal visit and marries her in the courtroom during the trial.

Ted chooses to represent himself at his Florida murder trial. He refuses to take a plea bargain that would avoid the death penalty and instead tries to prove that the prosecution was biased against him and that the evidence, including the then-recent forensic science of dental casting, is insufficient to connect him. He proclaims his innocence repeatedly, but is ultimately found guilty and sentenced to death. Years later, Liz goes to visit Ted and informs him that she’s the one who originally gave his name to the police during the first investigation. She also questions him about a headless corpse, asking him where the head is. Ted, unwilling to be recorded admitting to the offense, writes “HACKSAW” on the glass, confirming to her that he is, indeed, guilty.

Joe Berlinger is a solid documentary film director. His true-crime documentaries basically set the style of modern documentary shows like Making a Murderer, except that Berlinger’s aren’t completely full of crap. His Paradise Lost films followed the trials of the West Memphis Three, three teenagers who were accused of sacrificing other children to Satan. Ultimately, after 18 years in prison, the three won an appeal regarding newly produced DNA evidence and were allowed to enter into a new Alford Plea (basically saying “I accept that the State could potentially convict me and therefore I can’t sue them, but I maintain my innocence”) in exchange for a release. The main reason this case kept getting evaluated was Berlinger’s documentaries. If you aren’t a fan of true crime, he also made Some Kind of Monster, an amazing film about Metallica during the stressful period after “St. Anger” when Jason Newsted quit the band and James Hetfield went into rehab.

However, Joe Berlinger has also tried to be a narrative director once in the past, almost 20 years ago. The movie? Book of Shadows: Blair Witch 2. Now, if you’ve ever heard anything about this movie, you probably know that it’s not just bad, it’s a movie so bad that nudity couldn’t save it. Berlinger has pretty openly said that the movie was largely re-shot after he left and that his original idea was supposed to be a film about the concept of mass hysteria arising around the fact that people somehow thought that Blair Witch Project was real. Whether that’s true or not, the only version we got is so bad that it can’t even be enjoyed ironically and failed so hard that Berlinger kept out of narrative filmmaking for 20 years.

This one is much better than that, but… it’s still not good.

Now, it’s not that this movie is terrible. In fact, it’s pretty close to being a good movie, but there are a few key things which it does wrong, and I think they actually arise out of Berlinger being a documentarian.

First, the viewpoint of the movie shifts at several points and it kind of kills some of the narrative. This movie is supposed to be from Liz’s perspective. She’s supposed to be the one dealing with the fact that her boyfriend is actually a monster or, worse, that he’s innocent and that she is the reason the entire world hates him because she gave the police his name. That’s actually a pretty great narrative idea and a lot of the movie supports it. However, so much of the movie is just focused on what is happening and what Ted is doing, rather than how Liz is reacting to it or feeling about it, that when the viewpoint DOES switch back to her, it doesn’t have the emotional weight that it deserves. I think this actually happens because Berlinger is used to trying to get emotional weight out of displaying circumstances through an objective lens or through directly addressing the subjects, rather than through narrative devices. Either way, it kills parts of the movie to go back and forth from an emotional to emotionless viewpoint.

Second, there are some parts of the movie that contradict the narrative and the contradiction is not handled well. See, throughout the movie, there are some hints that perhaps law enforcement or the prosecution are not acting in good faith. Police show an eyewitness a photo of Ted as a suspect, THEN have her pick him out of a line-up, something that has been the cause of a lot of misidentifications in the past. Now, given the veracity of the rest of the movie as well as what I’ve read about the Bundy trials, I do believe this happened, and it does feed into the narrative idea above that might make Liz think Ted’s being set up. Later, we see a defense attorney played by Jeffrey Donovan fairly well destroy the identification as being forced by the police, in a completely legit manner that is possibly verbatim to the actual case. We later see Ted point out that the prosecutor at his murder trial, Larry Simpson (Jim Parsons), is making sure Ted’s trial is a public spectacle (although less than Ted is). As someone whose father prosecuted a serial killer, who has been a prosecutor, and who has known lawyers in all sorts of fields, I can say that it really wasn’t anything more than would normally happen in a case that had this kind of national attention, but the movie does give it as a possible motivation for prosecutors to bring charges aggressively.

Now, again, much of the stuff that happened in this movie that makes law enforcement look bad was standard practice in the 70s (which is part of a bigger conversation), but it definitely does give the film a little bit of a feel of a story of a wrongly convicted man. The problem is that this film is about TED F*CKING BUNDY. He is guilty as hell. The movie even ends with him admitting he’s guilty. So several parts of the movie are completely contradictory to the actual circumstances. Berlinger said that part of the point of the movie was that Bundy only got away with it for so long because he was an attractive white guy, but that doesn’t really bear out in the narrative, which makes it feel more like he got away with it just because, to quote Spaceballs, “good is dumb.” Again, this isn’t particularly inaccurate to reality, but it still does give a lot of hints that Bundy didn’t do it, which is undercut by the ending pointing out that he did.

Also, not-so-fun aside, if Bundy hadn’t escaped a second time from his first murder trial, he probably would have been acquitted. His attorney won so many of the pre-trial motions due to the new nature of much of the DNA and hair follicle evidence that the judge might even have acquitted before giving it to the jury. If he’d been acquitted like that, bringing the next murder charges from Montana and Wyoming would have been harder. Instead, he escaped and killed more people anyway, because the world is horrible.

There are a few things I think the movie does well, to be sure. The actual coverage of Bundy’s trials and life feel real because, for the most part, they’re just dramatizations of the actual events, often verbatim. The film also does a good job of conveying what was most horrifying about Bundy: He didn’t look like a monster. He didn’t just seem normal, he seemed charming and gregarious. He was good looking, he was well-spoken, and he knew how to carry himself. People saw him on television and thought he couldn’t be guilty based only on the fact that he was too attractive. He’s truly one of the worst kind of predators, because he looks nothing like what we think predators look like. I enjoyed Zac Efron’s performance as well as the fact that the movie didn’t indulge in the temptation to show all of the gore it could have. 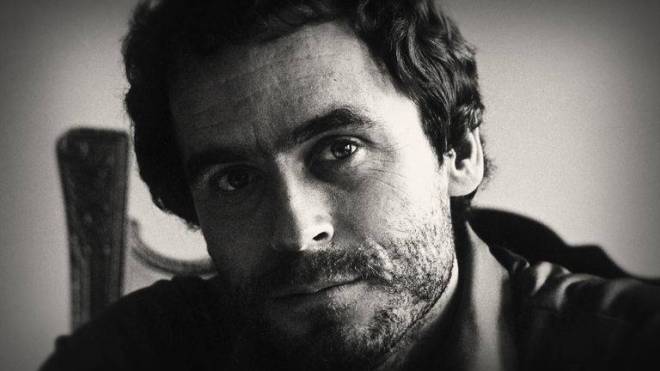 Overall, I can’t say this is a must-see movie. While it is interesting if you are a big fan of true-crime, it just doesn’t quite have the thematic or narrative coherence that it needs.