Mark Gatiss and Steven Moffat, the people behind some quality Doctor Who, Jekyll, and Sherlock bring you an updated vampire story.

Jonathan Harker (John Heffernan) is being interviewed by a very interesting nun, Sister Agatha (Dolly Wells), and her assistant (Morfydd Clark). Harker reveals that he was brought to Transylvania to help finalize plans by a Count Dracula (Claes Bang) to move to England, but he was trapped by the Count, who it turns out is a vampire, which you probably guessed because I can’t imagine you not knowing who Dracula is. Vampire stuff ensues. 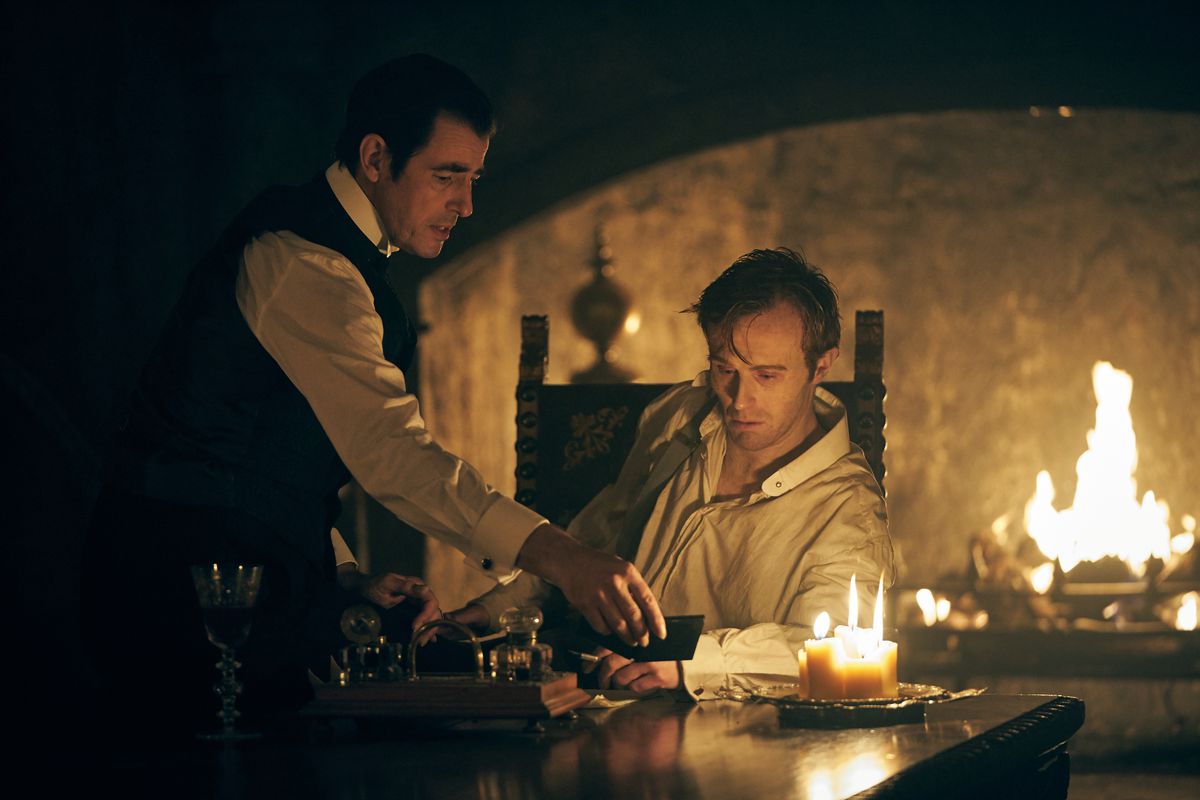 So, I’m giving a content warning here: This show is pretty damn gross. It includes things that you probably never wanted to see if you have a queasy stomach. It didn’t bother me much as a veteran of ‘Nados both Clown and Shark, but it might gross out a lot of people. While vampires have been very visceral in the past, some of the stuff in this series goes out of its way to be more unnerving and it’s probable that Dracula actually exaggerates it to make himself more terrifying and dramatic.

The series makes the interesting choice to start off by being fairly faithful to the book and then deciding, only after we think we know where this is going, to diverge wildly. The focus of this series is on the relationship between Dracula and Sister Agatha, a refreshingly bold and snarky character for a horror series set before the 1990s. She spends most of her time on-screen exploring Dracula’s powers, mocking him, or threatening him, despite the fact that he can easily murder her without any effort. While she is fascinated with him because he’s a vampire and a sign that the supernatural is real, he is fascinated by her boldness and refusal to fear death.

Claes Bang’s performance as Count Dracula is a relatively new take on the character because he acquires the traits of the people on whom he feeds. As such, the character actually morphs and changes over the course of the series, sometimes temporarily and sometimes permanently, to reflect the attitudes, desires, and sometimes even mannerisms of other characters. The fact that it is fairly subtle is actually to the show’s credit, because over-emphasizing it would seem gimmicky. The show does actively demonstrate that Dracula gathers information by drinking blood, however, which proves to be an interesting power that isn’t usually explored in this manner (aside from Hellsing). Dolly Wells’s performance is equally interesting, because she seems almost as sociopathic as Dracula at times, but it’s always based around destroying him.

The set pieces are extremely elaborate, ranging from a very well-designed version of Castle Dracula to a passenger ship that seems to be almost as labyrinthine at times. The costumes, likewise, are well-done. The dialogue is pretty solid, although it doesn’t stand out compared to other series by this team.

The downside to the show is that it never quite figures out how it wants to handle Dracula. It takes some shots at vampire mythology, but mostly holds them up even though they “don’t make sense.” Dracula is supposed to be a complicated character who can be sympathetic while also being horrifying, but he’s so focused on enjoying himself  at times that it’s really hard to be either.  I think he has more than enough screen time to get there, but it just doesn’t come together as strongly as it should. Still, the scenes of him trying to one-up his enemies are pretty fun.

Overall, I’ve enjoyed the series quite a bit, but I admit that it is not going to be most people’s cup of tea. At times it’s dumb and kind of gross, but it is consistently those things so I can suspend the right amount of disbelief. The biggest problem with reviewing it is that I don’t want to give too much away, because the fact that it starts so traditionally before quickly going in its own direction is one of the strengths of the series.  I’d say watch the first episode