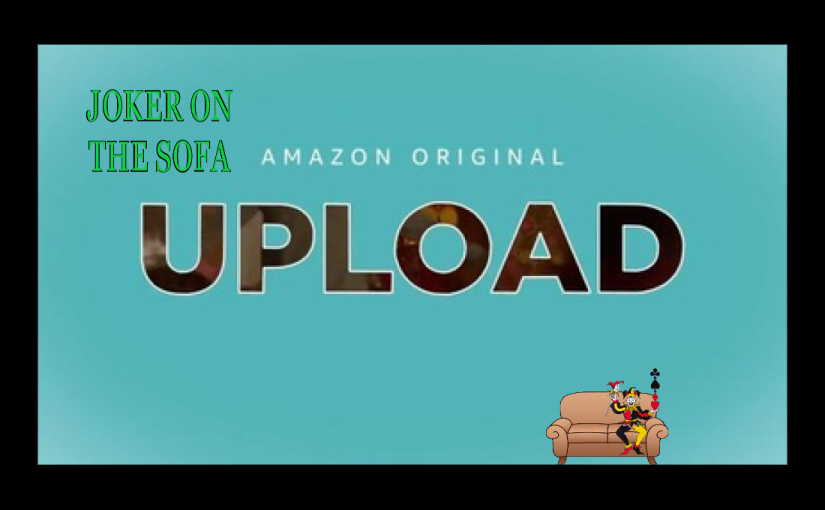 Amazon gives us a look at the future of death. It’s mostly ads.

Nathan Brown (Robbie Amell) is a computer programmer who is dating the wealthy Ingrid Kannerman (Allegra Edwards). However, Nathan gets into an auto-driving car accident and is sent to the hospital. He is given the option to be sent to Lake View, an expensive digital afterlife into which people’s consciousnesses can be digitally transferred, but only because Ingrid agrees to pay for the monthly fees. He agrees, and is sent to the very ritzy resort-like afterlife where he is supervised and supported by Nora Antony (Andy Allo) and her coworker Aleesha (Zainab Johnson). He quickly is befriended by Luke (Kevin Bigley), another Lake View resident. Soon, however, Nathan starts to develop a closeness with Nora, despite the fact that Ingrid is the only one keeping him “alive.”

This show is a blend of a number of episodes of Black Mirror, but as a comedy. The future is filled with ads and in-app purchases that populate the digital afterlife. People hook up almost exclusively using Tinder-like applications that require video consent, but also allow for public ratings and reviews of the encounters afterwards. Funerals have the deceased present, which has mostly reduced any of the impact of death and thus any need to mourn. You can wear a special suit that allows you to have sex with anyone over the internet or even in the afterlife. In short, we’re in a strange dystopia because death no longer has its sting.

The biggest theme in the series, aside from the fact that humanity has largely been altered forever by the fact that death is no longer the great unknown, is how much corporations and capitalism in general have started to subvert all of humanity and direct existence towards their will. As I said, one of the first things that’s revealed is that you have to pay thousands of dollars a month to CONTINUE LIVING in a digital environment. During that existence, ads are constantly pitched to you, you aren’t allowed to work (because it would destroy the economy for the working man), and any “luxuries” cost a large surcharge, despite the fact that this is all just code. In short, you’re having to pay constantly for stuff that costs next to nothing to replicate. The justification given is that it costs money to maintain the system, but… it’s literally people’s lives. If you can’t think of something for which this might be a metaphor… well, try harder.

The humor in the show isn’t quite as on-point as, say, The Good Place, but it still keeps you interested. Mostly, the series keeps you interested by having some very elaborate world-building and solid chemistry between Nathan and Nora. The supporting characters are also compelling, usually having some fun sub-plots or interesting twists. Still, I recommend giving it a try.