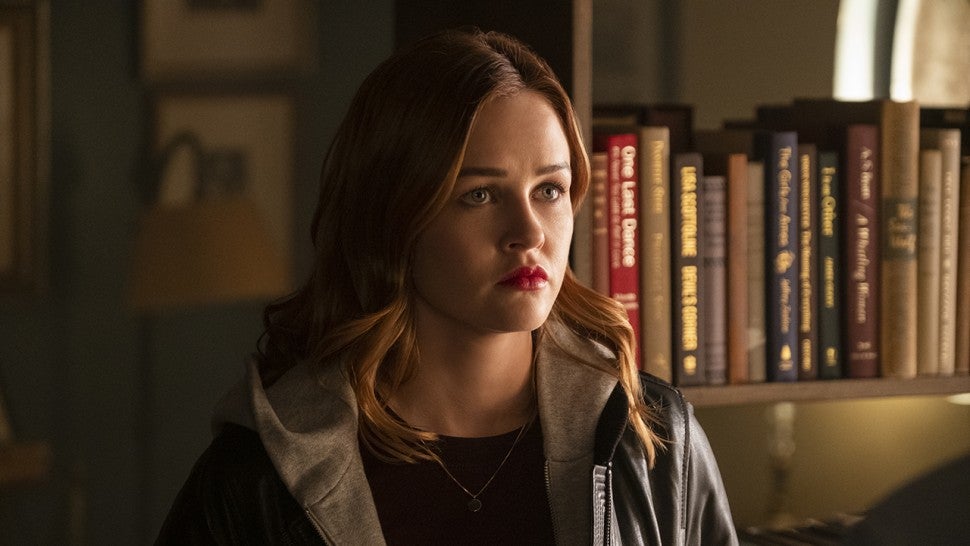 John Wick is back and killing people, but this time he’s being hunted by an entire army of professional assassins.

Starting a few minutes after the last movie ended, John Wick (Keanu Reeves) is now on the run from the “High Table” that apparently controls all of the mobs in the world after shooting Santino D’Antonio (Riccardo Scamarcio), one of the members of the High Table who betrayed him in the previous film, while on sacred ground. The High Table has excommunicated him from all mob resources and has put a bounty on his head of $14 million, attracting every assassin in the world. John must figure out a way to get rid of the bounty while fighting off an amount of killers that makes it seem like most of the global population murders for money.

I loved John Wick. It was an amazing action movie that basically stripped down the story as much as possible without sacrificing emotional impact and providing a lot of worldbuilding with minimum exposition. Mostly, the long-take fight sequences provided a much desired counterbalance to the rapid cut and fast moving fights we see in most other action movies, particularly those in the MCU. It’s not that the other style is bad, but it definitely feels more dramatic to be able to just show the action in its completeness, particularly since it shows the real, and extremely impressive, skills of the stunt performers. It also allows for some more aesthetically creative fights without diminishing the brutality of the violence.

This movie continues all of that, but it becomes clear quickly that the filmmakers are realizing that they are running out of ways to keep making gunfights interesting without seeming repetitive, so they very cleverly figure out ways to force the fights to be different. Sometimes it’s by adding other people or animals, sometimes it’s by keeping John from having a gun and forcing them to improvise, sometimes it’s by reducing the effectiveness of John’s weapons, but the key is that every action sequence in the movie still feels original. Is it sometimes a little forced, like they have to go out of their way to avoid showing John having a gun or being able to just wreck all of the bad guys the way he previously has? Yeah, a little, but that doesn’t detract from the fun.

The world in which the film is set is expanded upon a lot, including showing us some more of the inner workings of the nebulous organization that the High Table oversees. The worldbuilding continues to be interesting and the characters that populate it are all compelling, even if they’re just a clever variation on an archetype, like the wise poor man or the shadowy ninja assassin. We also get a little more background on Wick himself, but not enough to remove the air of mystery and badass that surrounds him.

Basically, if you liked the first two movies, you’ll like this one.

John is actually Koschei the Deathless from Russian Mythology. Now, give me a minute on this:

John Wick’s motivation is that someone killed his dog and stole his car. At least, that’s the ostensible motive. The reality is that the dog was a gift from his late wife and the car contained one of the last mementos he had left of her. Thus, when John loses them, he is losing a part of her, the great love of his life for whom he moved heaven and Earth… or, more precisely, killed an absolutely enormous amount of people in one night, essentially accomplishing an impossible task in order to be with her. The rage that fuels John is the desire to retain the powerful love he felt for the woman he lost. Essentially, he’s doing terrible things because he no longer has his heart.

In Russian Mythology, Baba Yaga is a witch or a magical being that takes the form of an old woman. As with most figures in Russian Fairy Tales, her role can vary wildly, going from snatching children and eating people who fail her tests to being a kindly, maternal figure who feeds lost children and helps them find their way home. Universally, though, she’s extremely powerful and immortal. In fact, there’s typically only one figure in Russian Mythology that is capable of destroying her: Koschei the Deathless. Sometimes he’s her husband, sometimes her brother, sometimes just her male counterpart, but she often is stated to know that he’s the only one who might be able to kill her. Hence, if John Wick is the guy who could kill Baba Yaga, he’d be Koschei the Deathless.

While Russian Mythology tends to vary a lot, Koschei’s three main qualities are that A) he’s deathless (duh), B) he can kill anyone and is shown to be magically blessed with all weapons, and C) his heart/soul is gone. The reason why he is immortal (deathless) is because his heart is gone, and typically the only way to get rid of him is to find it. His heart is usually depicted as being hidden in some complicated nested form, such as: The heart is in a needle, the needle is in an egg, the egg is in a duck, the duck is in a hare, the hare is in a box, the box is in a log, the log is in a pond, the pond is in a forest, the forest is on an island. Essentially, it’s inside of a Matryoshka nesting doll. Without a heart, Koschei cannot die.

What do we know about John Wick? Well, 1) he’s Russian (established in this film and implied in the first one), 2) he’s specifically a Ruska Roma, or a Russian Gypsy, a people who are known more for their performing than for their combat ability, and who are, mostly through racism, associated with myths like Baba Yaga and Koschei, 3) his name is fake, but his birth name is likely also fake, with his revealed “real name” being the equivalent of John Johnson, 4)  before he had his wife, he was famous for killing people with a pencil and after he loses her, he similarly proves that he can kill anyone with anything, and 5) he can survive stuff that would kill even most action movie protagonists (particularly in this film). Note that John is only portrayed as being lethal and immortal when he doesn’t have his heart, which is to say his love, but when he is at peace (with his dogs to serve as his heart), he is beaten up by a group of two-bit punks and his house is blown up. If he doesn’t have a gaping hole to fill in his life, he’s not immortal.

What does this mean? Well, first of all, I’m not saying he’s literally Koschei the Deathless, so I’m not predicting that magic or old women in chicken-legged houses are going to be in the next one (sadly), but I’m saying his story is similar. Ultimately, the only way John Wick can end is the same way any story with Koschei always ends: With someone returning his heart to him and killing him. I firmly believe that it’s only when John actually finds something to love again that he’ll be allowed to die.

Of course, I could be pulling this out of nowhere. It’s not like John Wick literally keeps one of his most treasured photos inside of a book of Russian Mythology depicting Koschei the Deathless in the New York Public Library, right? Oh, wait, that’s literally in the opening scene which I sadly can’t find a clip of online to place here. Your move, John Wick: Chapter 4.