Part 6: Marcus Aurelius and The Guide to Picking a Good Leader

A good leader is not something that can be nailed down. It depends a lot on the state of the world and the state of the nation being governed within it. But, in general, here are the 7 things you need to focus on when picking a leader, in order of importance:

It may seem counter-intuitive, since we tend to favor aggressive leaders (check out Part 5), but, as explained in Part 2, a great leader is going to need to be able to realize the full impact of their decisions, and a key part of that is going to be to see the indirect impacts. Additionally, empathy allows for better diplomatic relations, as well as more humane treatment of enemies. As pointed out in Part 3, those tend to minimize the fallout from negative interactions.

Subsets of knowledge to focus on:

History is the most important thing for a leader to know because history teaches us what’s already been tried, what worked, and what failed.

Philosophy would be next, because it tends to involve both ethical introspection as well as re-consideration of established viewpoints.

Science follows, because science requires study, logic, and the scientific method is the closest thing humanity has to finding truth. Also, only real sciences, no social sciences, those are below.

The Law is next, because it forms the basis of our system, even though it is malleable and should be changed as society changes.

The remaining Humanities are next, including language, literature, art, religion, and music, because they inherently grow empathy within the learner. 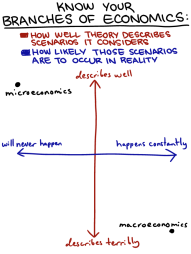 And then there’s Economics, because, while it is almost entirely bullshit and every macroeconomics model should be labeled a lie, you still need to know how tariffs and trade agreements work, at least enough to know when they will be massive failures. Economics is like the weather service: They can’t really predict what’s going to happen for sure, but they can get the general trends right enough to tell you the range of things that’ll happen, and that’s useful over the long-term.

I don’t mean that they should follow any particular ethical model, but they must be ethically consistent. Hypocrisy, if it occurs, should be addressed, not denied, and should be discussed until either it is resolved or justified. You need a person you can rely on to follow their principles more than you need a person whose principles completely mirror yours.

Yeah, you’d think this’d be higher, but this often derives from the prior three. A leader should be for their people, not themselves. This isn’t to say that a leader cannot help themselves while helping others, in fact that’s part of trying to advance society, but if you see a person advocating for an act that gives them a primary boon, be suspicious. If you see them advocating for an act that would affect them negatively in the name of helping others, be more open to it. Basically, don’t trust someone’s tax plan outright if it’s mostly going to help their bracket. It might still be a good act but dig into it more.

While you need someone who can adapt a plan to new information and to changing times, you also need someone who’s going to not be hung up on every new problem that’s impacting their vision. If you know for sure that you need a bridge, you want someone whose response to issues with construction aren’t “oh, no, will it happen,” but “okay, find a way to make it work.” Of course, you also want someone who will know enough to have done the cost/benefit of the bridge before they start, but that’s covered above.

Despite the fact that most examples of the worst leaders of all time were so charismatic they created personality cults around them (Mao, Pol Pot, Hitler, Stalin, Mussolini, Rodrigo Duterte), it’s still important to note that you aren’t a leader if people aren’t going to follow you. If you’re not willing to figure out how to convey your message in a more relatable way, you’re failing. I realize the irony of writing that as part of a long treatise that would be too long in 1800, but f*ck you, I’ll make a YouTube video of it with an animated Aardvark if I run for office. Also, you can substitute charisma for having charismatic people represent you, but that just doesn’t build as strong of a connection.

If you’re leading, you need to know where you’re leading. You need to tell people what it is you want them to have, and why they need to have it.  Moses wandered in the desert for 40 years looking, but he only got away with that because he had GOD backing him.* You can’t just say “wouldn’t it be nice if people didn’t have to eat a guy’s finger in the occasional tin of meat,” you have to be Teddy Roosevelt saying “F*ck all these companies and their lack of decency, if you pressure your legislators, the Food and Drug Administration’s gonna be on their ass, keeping fingers out of your sh*t.” Yes, that’s a direct quote, but he added “Bully.” Also, you can only lead forward, not back. Look at the Luddites, at Augustus’s attempts to return Rome’s old morality, the Turner Controversy, and pretty much every race riot started by the dominant race to see why it doesn’t ever work out well to try and recapture the glory of the past.

These aren’t a full list, obviously, but remember: The candidate is more important than the issues. If you have a good candidate, then you can trust that they’ll evaluate the issues more than you have. If you have a bad one, you have to watch their every move.

And since I needed an A, I’ll end with a few quotes from what I think was one of the best unintentional guides to becoming a good leader, and person, ever, written by Marcus Aurelius in his Meditations. Aurelius was called the last of the Five Good Emperors (though that doesn’t mean exactly what it sounds like) and, by Roman standards and probably even some more recent ones, lived up to the modern meaning of that title until his son took over. Meditations is primarily a collection of thoughts on Stoicism, but, while I don’t completely agree with all of the points on stoicism, some of them truly do make for good leadership traits.

You know what really makes the best leaders? The best followers, all ready to continue the work should the leader fall. But what we really need is an engaged population, who are all willing to work to try and get the best people in there. It’s especially important to look at smaller elections that represent people trying to enter the system. It’s counter-intuitive, since we associate bigger elections with bigger decisions, but those candidates typically have worked their way up there. If they seem to all be bad, it’s because we didn’t help promote the better candidates at the lower levels. So, help a candidate for mayor out, run for an office yourself, and F*CKING VOTE. You might think an election is between a giant douche and a turd sandwich, but they are never equal. One is always, in some way, a little better than the other, and you need to get your ass out there and make sure the lesser of two evils keeps winning, so that, eventually, you will encourage a real, good, honest candidate to get the office (and might be running at the same time for a lower office).

And, lastly, hold your leaders accountable, especially those you most closely identify as your own. You can complain about the other side’s leadership all you want, but hypocrisy is the number one destroyer of credibility. Not to get too Biblical, but there’s some sh*t about removing the beam from your own eye before pointing out the mote in another’s, and it applies just as much if you’ve got the mote and they’ve got the beam. Get the mote out, and then talk about the beam. You don’t need to lower the bar so that you can get someone you like, you need to raise it to challenge people to meet it.

Thanks for reading, especially the one who sent the Joker messages about this being “liberal bullshit.” You’re my favorite.

Welcome to the Grouch on the Couch’s ABCs. This will be a monthly series until I can get a rhythm going… and figure out all of the letters. F*ck you, you try finding 26 topics connected by letters.

*And so that a generation of people could die, because they would be the last Jews to experience hardshoh wow they messed up that call.

Credits on graphics to XKCD, SMBC, the History Channel, and South Park