Bender finds out he has a Star Trek mirror universe-esque twin, complete with goatee.

Bender (John DiMaggio), Fry (Billy West), and Leela (Katey Sagal) go to visit “Past-O-Rama,” a theme park which celebrates the 2000s, but with an insane amount of anachronisms, such as Einstein and Hammurabi being in a hot-air balloon. As they go through the park, seeing various exhibits of the hilarious inaccurate interpretation of the 20th century by the 31st, until finally Fry tries to drive a car, despite never having driven much, and runs into another Bending unit named Flexo (DiMaggio). 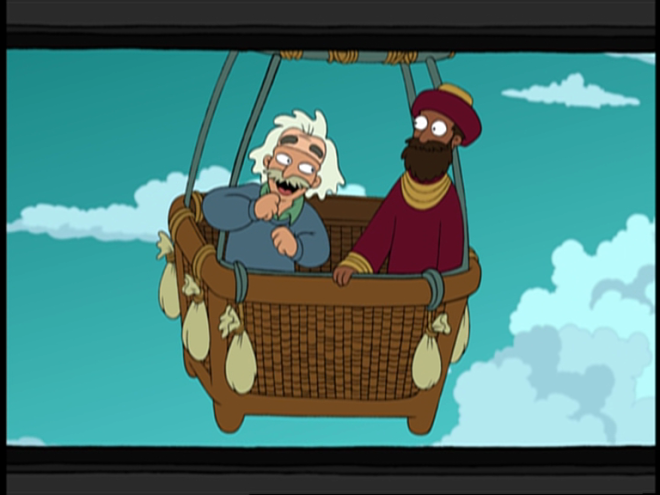 Hammurabi’s catchphrase is “Dy-No-Mite!” As it was written.

Flexo, who looks identical to Bender except for his goatee, quickly becomes close friends with Bender. Fry immediately comes to dislike him due to his pranks and insults, despite the fact that they’re basically the same as the ones that Bender does to him. The rest…